The Down the Line Team 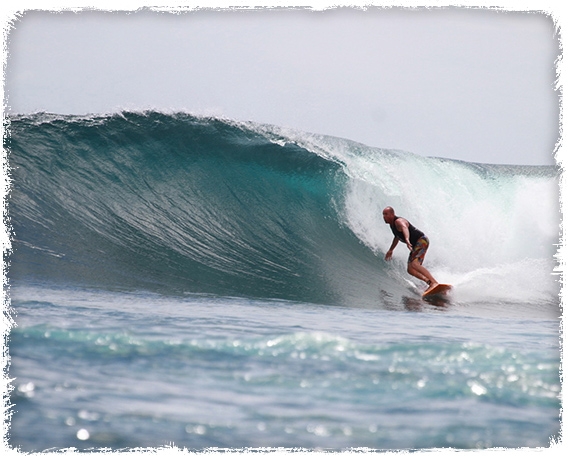 History: Ex trawler skipper, founded DTL after travelling and surfing the globe.
Position: El Jefe / owner. A tower of strength in defence mistaken for Bobby Moore on more than one occasion.
Fav Boards: McCoys, Tomo, JS, DHD, 69er, an old Alternator from Firewire and pretty much anything he can get his hands on.
Likes: Bigger waves, talking boards, West Ham, fishing, cooking in a manly fashion.
Dislikes: Pollack, Justin's bio picture. 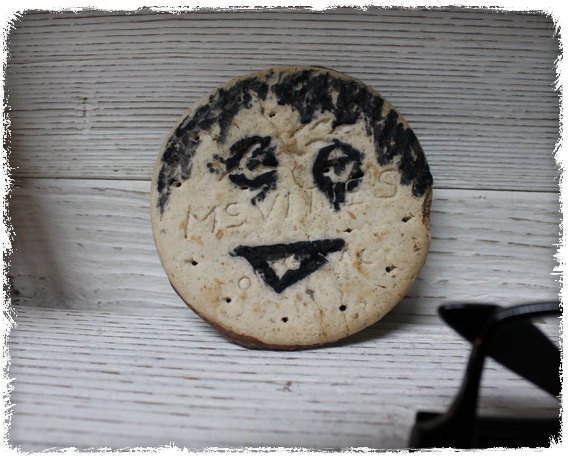 History: Keen thai boxer, (before he got old). Spent plenty of time in Switzerland, in Thailand and New Zealand.
Position: In charge of running the website, the go to guy for custom boards.
Fav Boards: Ryan Lovelace V.Bowls, Firewire Evo, the dart board, cut his teeth on a bodyboard.
Likes: Driving a fire engine, good coffee, fine ales.
Dislikes: Anything with a strong smell as he has a delicate stomach. 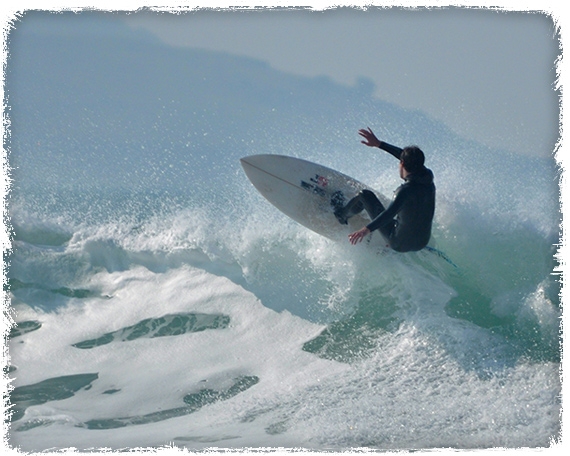 History: Keen surfer, been around the block in OZ and New Zealand and can drive a forklift truck.
Position: Web designer, sorts out the monthly adverts for Carve magazine (with 10 minutes to spare before its due to print).
Fav Boards: Hayden Shapes Hypto Krypto, JS Revolution.
Likes: Heavy metal, guitars, jacket potatoes.
Dislikes: All other music, cheese. 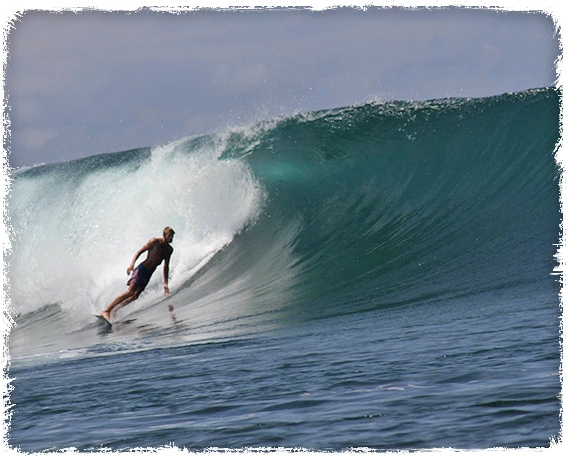 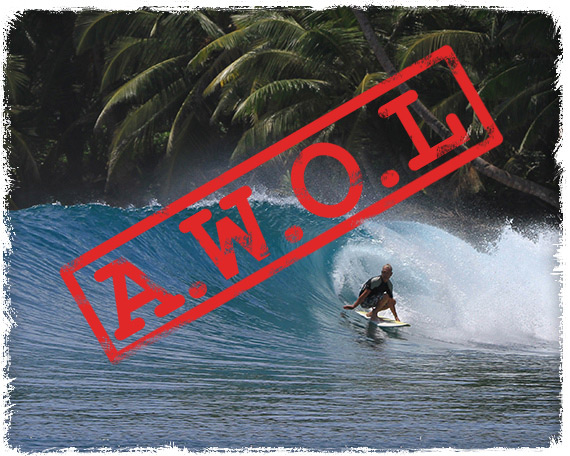 History: Worked in the surf industry for over 25 years, surfed all over the world.
Position: Have you seen this man!? Last seen cruising through Southern Europe in his van.
Fav Boards: Ryan Lovelace V.Bowls, Bing mid lengths, paipo's wooden.
Likes: Warm water, van-life, strong beer, being a bit arty farty with the camera.
Dislikes: Phones, television, custard creams and doing the rota. 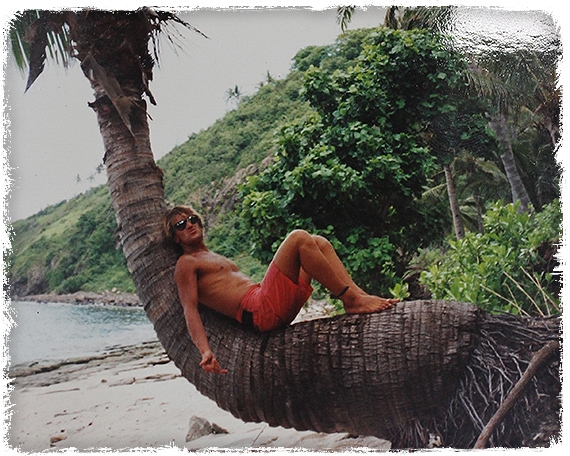 History: Local lifeguard, painter, bird feeder, Indo Explorer.
Position: Board guru, usually first to get the kettle on in the morning.
Fav Boards: Anything with either channels or a swallow tail, currently a CI Bunny Chow and a Sci Fi.
Likes: Red wine, getting in for a surf no matter how crap it looks, a cup full of tea.
Dislikes: Having to do anything complicated on the till system. 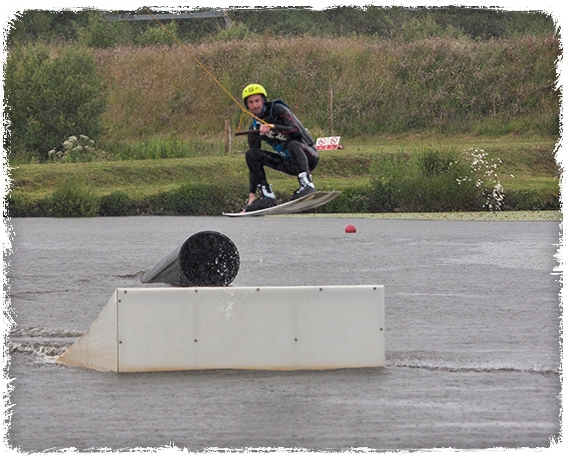 History: Hotelier, Chef, Wake boarder.
Postion: King of the Warehouse and in charge of the Accident Book.
Fav Boards: CI Average Joe, anything with a bit more volume.
Likes: Putting his wetsuit boots and gloves on at the earliest opportunity, topping the wax up.
Dislikes: Using the hoover, the holiday planner, anything being put in the warehouse. 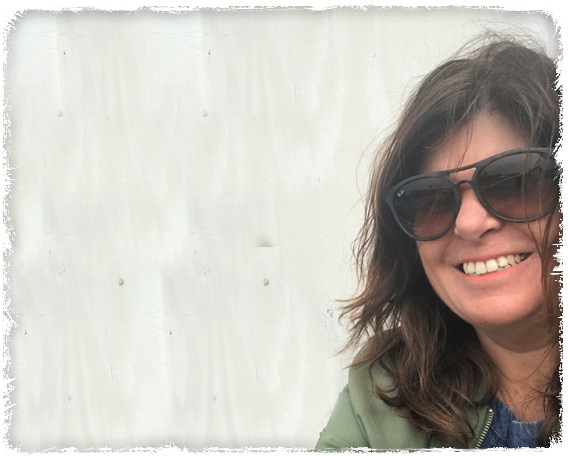 History: From the Valleys and matriarch of the Dudley Dynasty.
Position: Office Manager and going down the bank.
Fav Board: Anything from Bing.
Likes: Exotic holidays, hanging at the beach, the clock saying 5.30pm.
Dislikes: Sorting out Trev's receipts, board deliveries, so many surfboards, and people offering amazing deals on currency exchange. 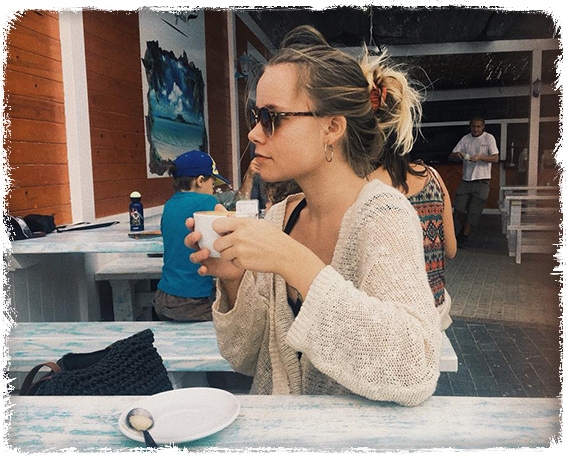 History: Still in her teens but well travelled, lived in Peniche, surf coach, waitress.
Position: Social Media, fitting wetsuits.
Fav Boards: Custom Original 69'er from Pukas Surf.
Likes: Trying stuff on in the shop, sunny holidays, talking to people, being tired.
Dislikes: Having to take the teabag out the cup after making a cup of tea. Being the only girl on the shop floor during the winter months.